The tongue can conceal the truth, but the eyes never!

Suddenly faces, covered by masks, became just eyes. And in the most powerful way possible, the eyes reflect the experiences we encountered and hold their memory.

The most vivid memory for the hospitalised patients are the eyes of the doctors and nurses through which, behind protective visors, they developed the ability to read the signs of anxiety or optimism, drawing from them either despondency or hope.

Those same eyes, when turned towards the camera, were filled with determination, courage, self-sacrifice. Fatigued, but never giving in. Traits we associate with heroes, although – they would say – calling them heroes would be specious.

The same traits unveiled by all the eyes in this collection of images, including those who aren't medical professionals: because all of them, when they looked into our lenses, were working to help the country. 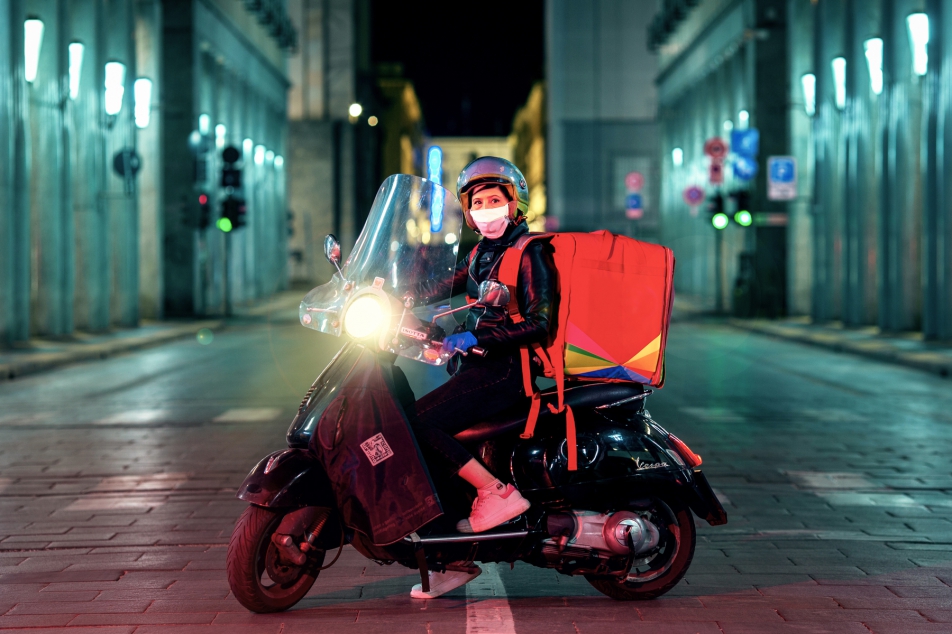 Carla, mother, rider and owner of a family-run sandwich bar in Turin. During the lockdown her business has lost more than half of its turnover and she has tried to do what she can, even using her Vespa for deliveries.

Fabio, 40, is a cook and musician, Stephanie, 37, a translator. They live in the country and so they say they had already been living in lockdown for quite some time. The Coronavirus emergency hasn't changed their habits: on the contrary, it has given them more time to devote to their vegetable garden and their passions. 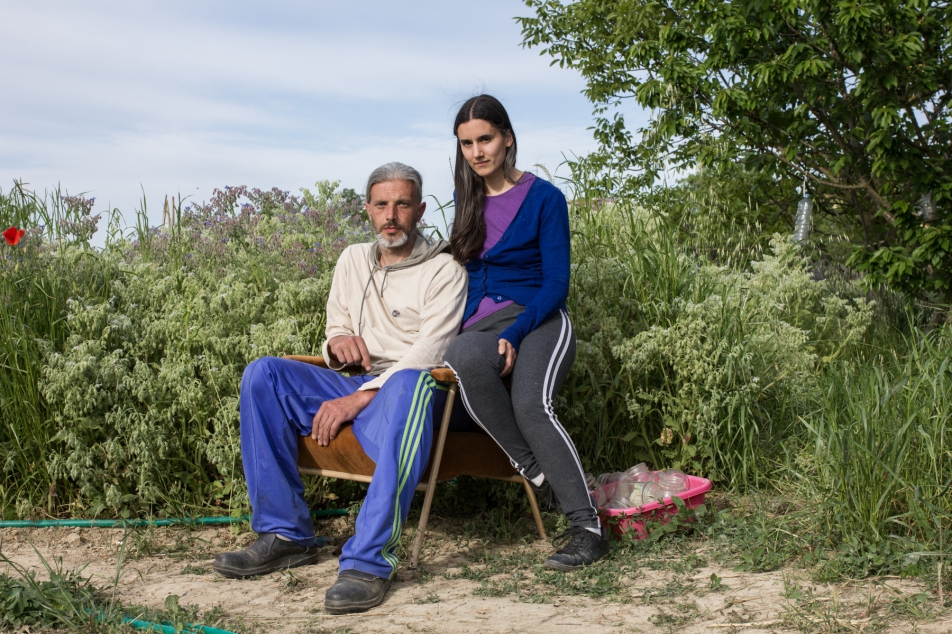 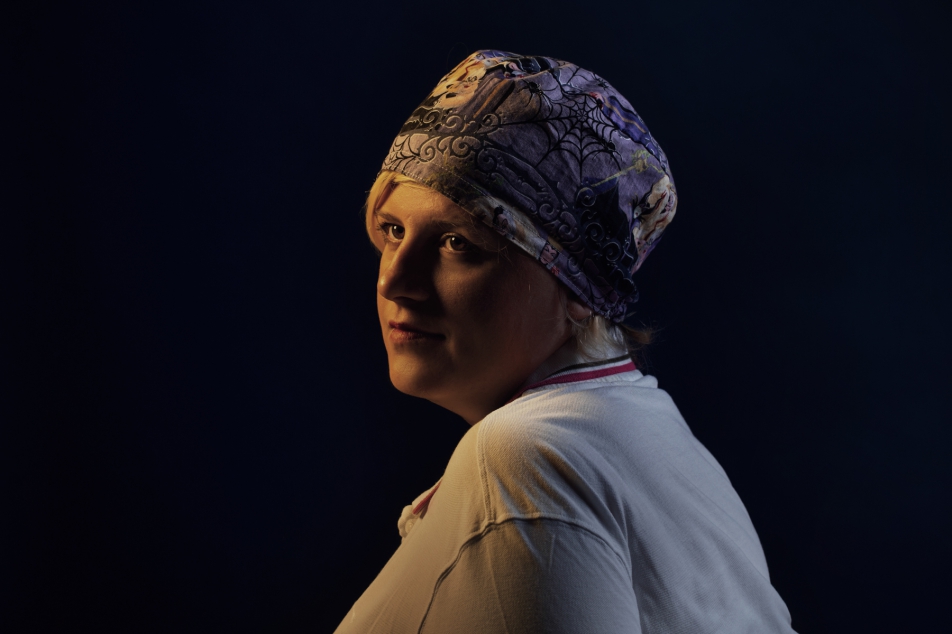 Federica is a health and social worker in an ER in Turin. Despite the exhausting shifts, during the emergency she has completed her studies, graduating in nursing.

Alessandro Morello is a firefighter. His brother Luigi, who is also a firefighter, was the commander of the station at Sala Consilina (near Salerno), and was one of the first victims of Covid. 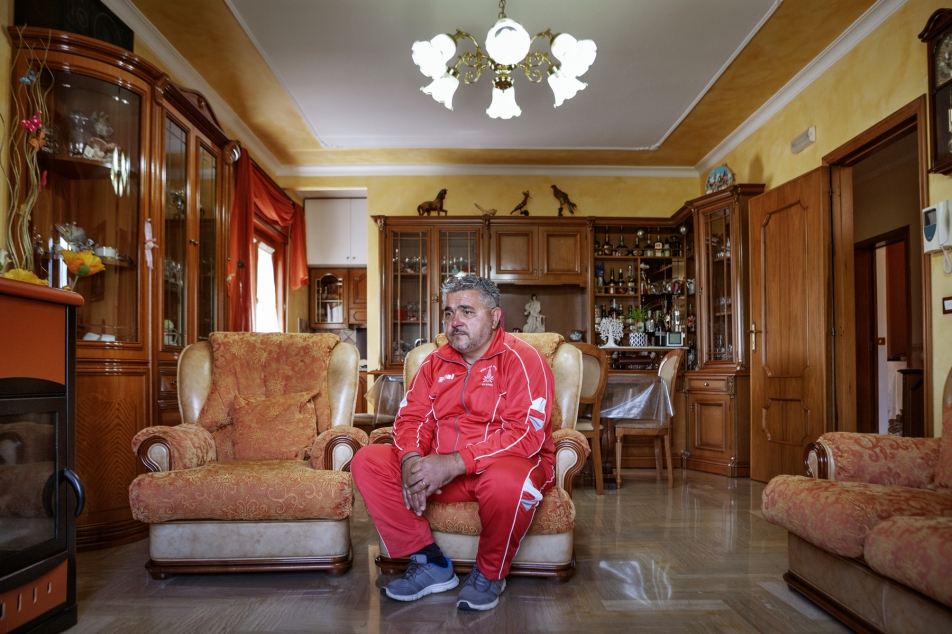 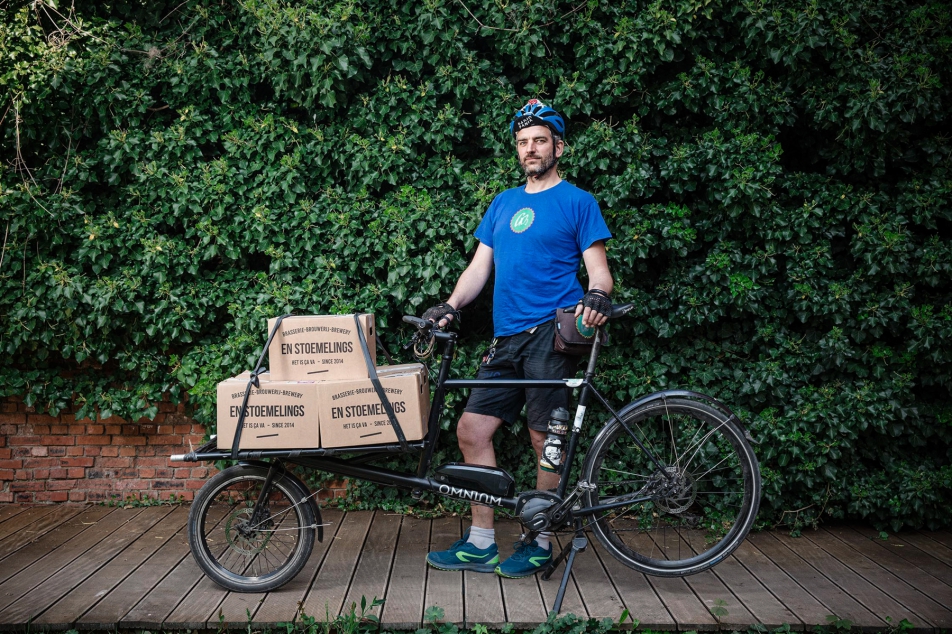 Brussels, Jean Baptiste has been a bike courier for about two years. He decided to change career after working as an administrator in an NGO. With the Belgian capital deserted on account of the lockdown, couriers like Jean Baptiste have been busy delivering masks, basic necessities and unusually large quantities of beer.

Andrea Vertemati, a doctor in the ER at the Giovanni XXIII Hospital in Bergamo. In the second half of March Bergamo is the city most affected by Covid-19, with the highest per capita death toll in the world. Its main hospital, the Giovanni XXIII, risks collapse on account of the enormous number of patients. 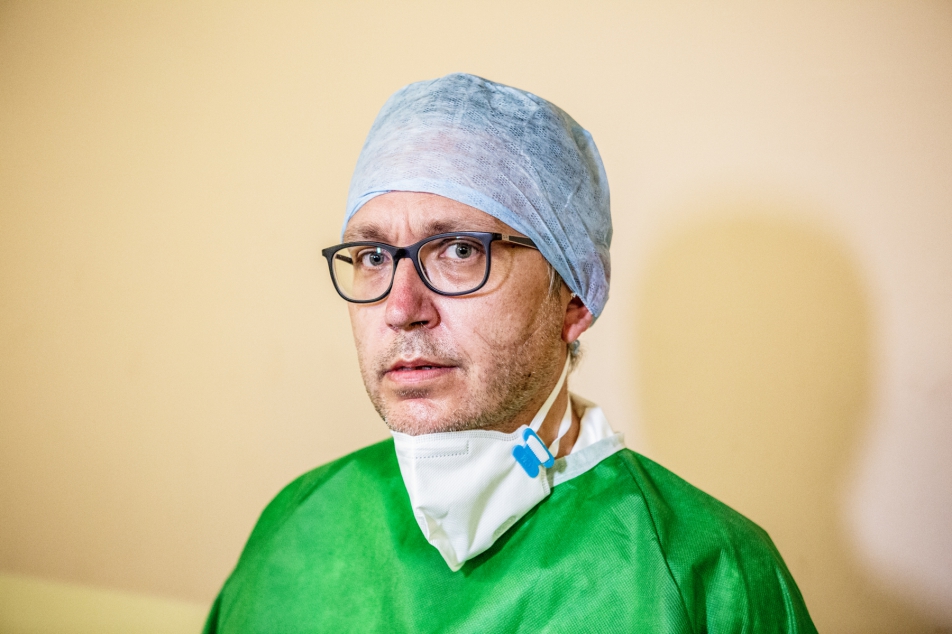 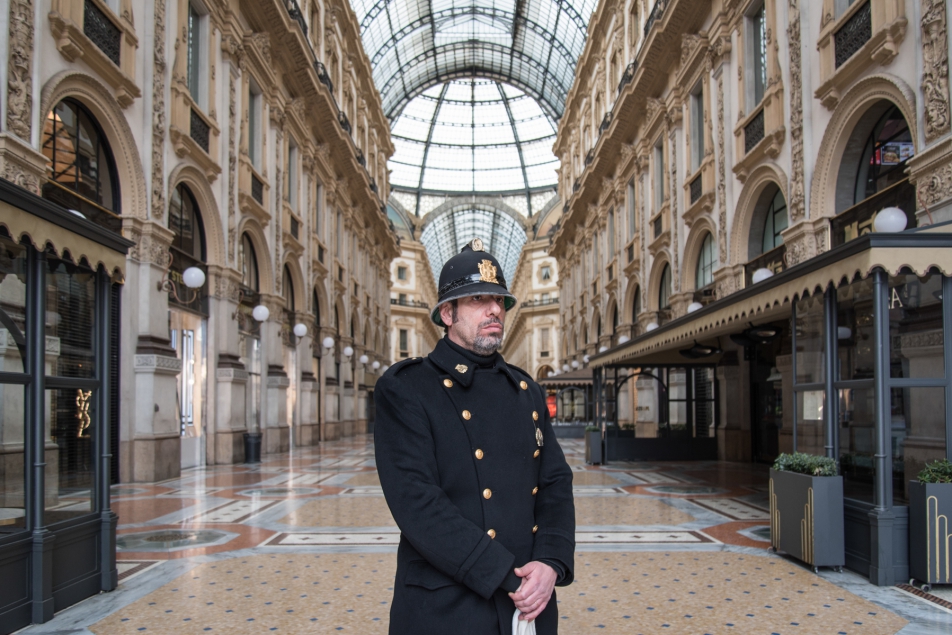 A “ghisa” – as the Milan traffic police are usually called by the locals – in front of the Galleria Vittorio Emanuele, which is empty during the lockdown.

Milan, Enrico Nespoli, a parish priest at the Santa Marcellina e San Giuseppe alla Certosa church. Like all churches, Don Nespoli's had to close during the lockdown. Every week he has live-streamed the mass. 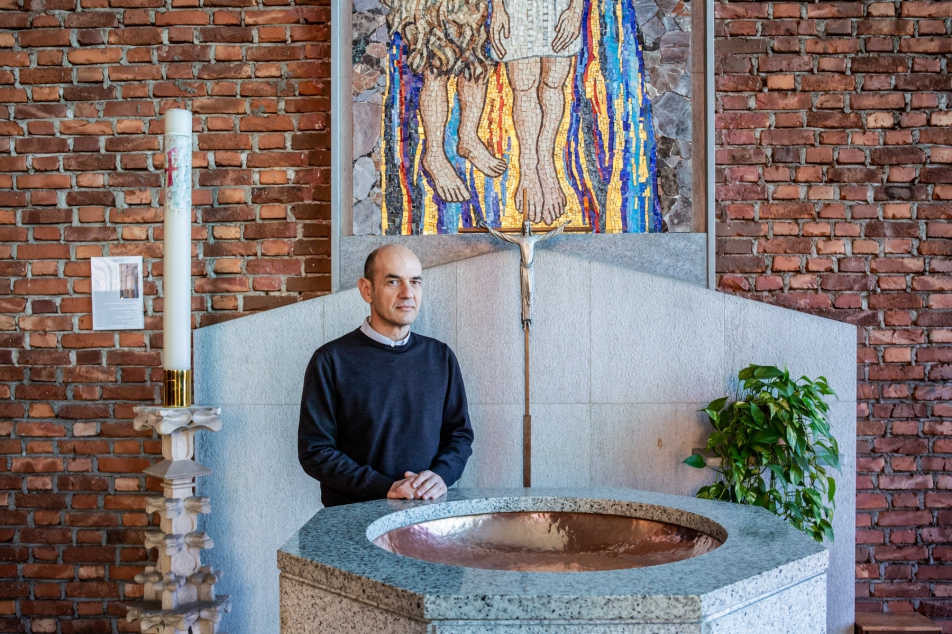 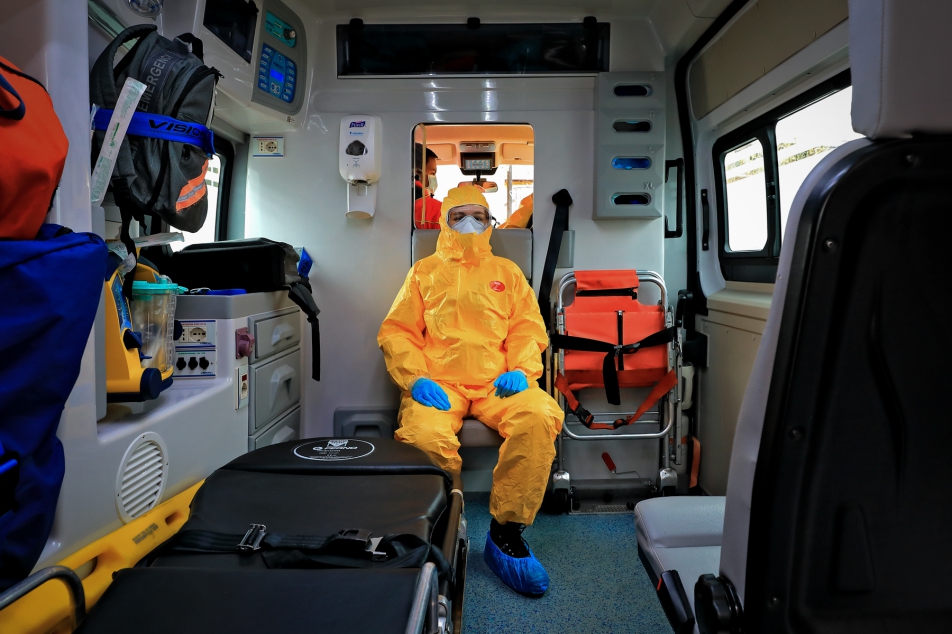 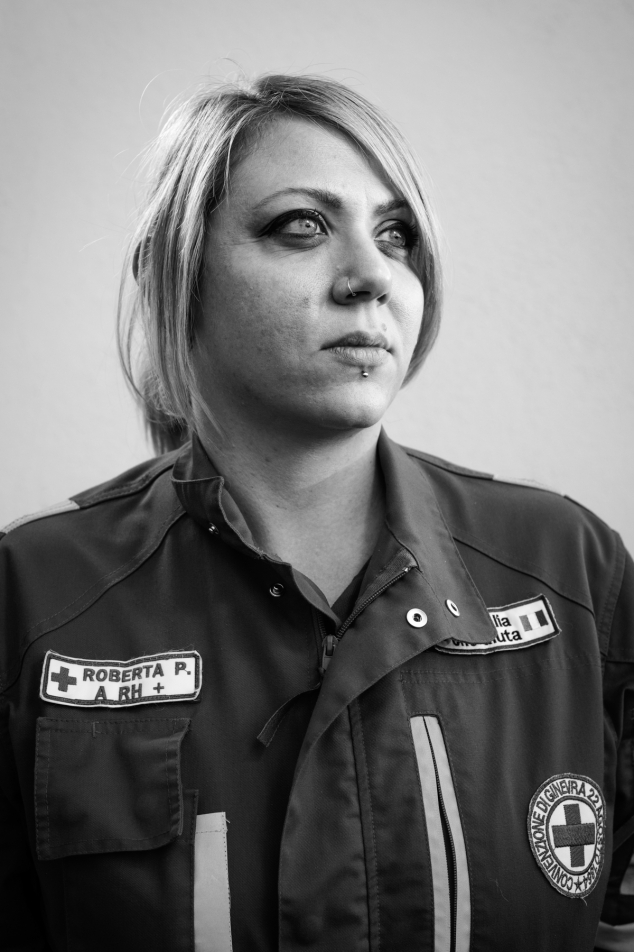 Roberta, a volunteer, at the headquarters of the Red Cross committee of the V Municipality in Rome.

Young French painter Sebastien Notre used the experience of being stuck at home in Milan to create a series of collages, which he then pitched to a number of brands around the world. His initiative has proved to be a success and today he is working full-time on this new creative technique. 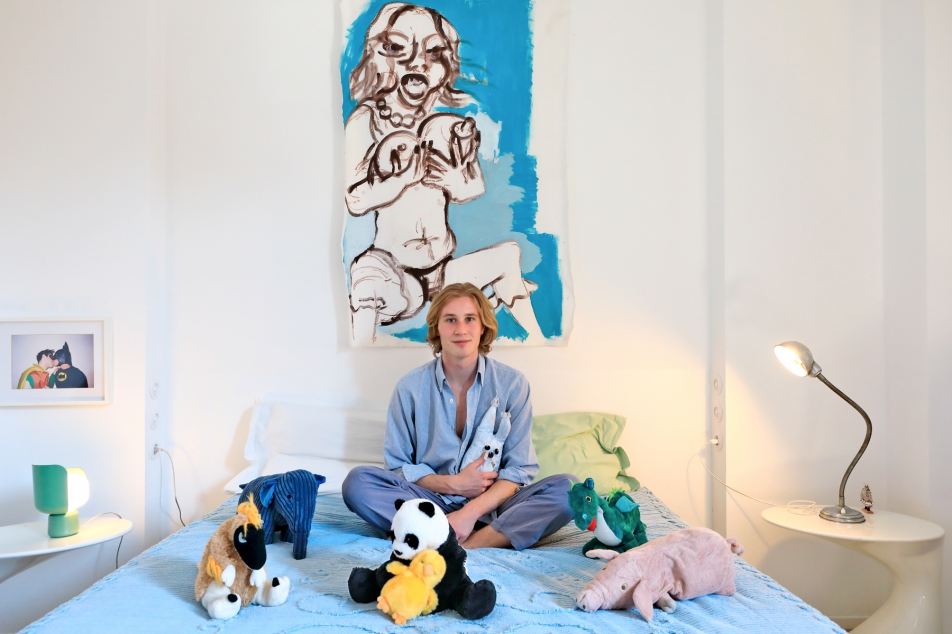 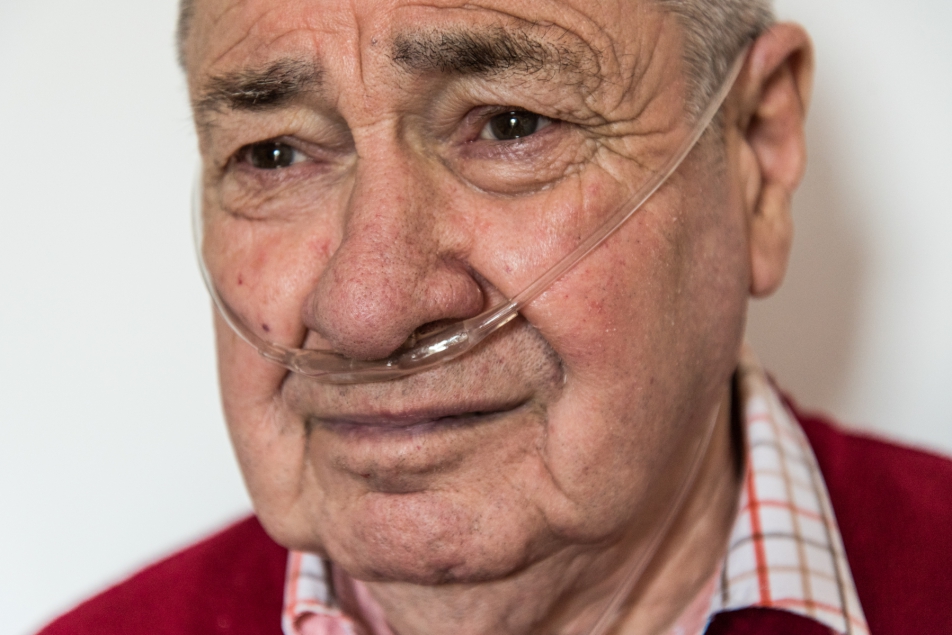 Bollate (near Milan). Livio Soffia suffers from chronic obstructive pulmonary disease and he has just received a tank of oxygen from Vivisol, the Sol Group company specialised in homecare health assistance.

Beekeeper Dino Venturini, 89, worked in Switzerland for many years. He now lives in Magasa, near Brescia, one of the so-called “zero Covid” villages, where not a single case of infection has been recorded. 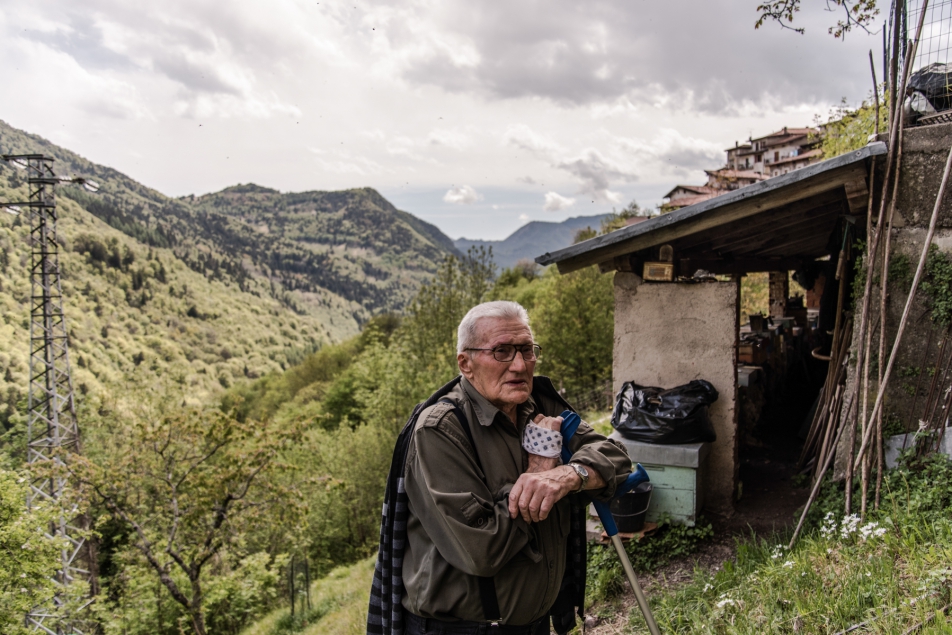 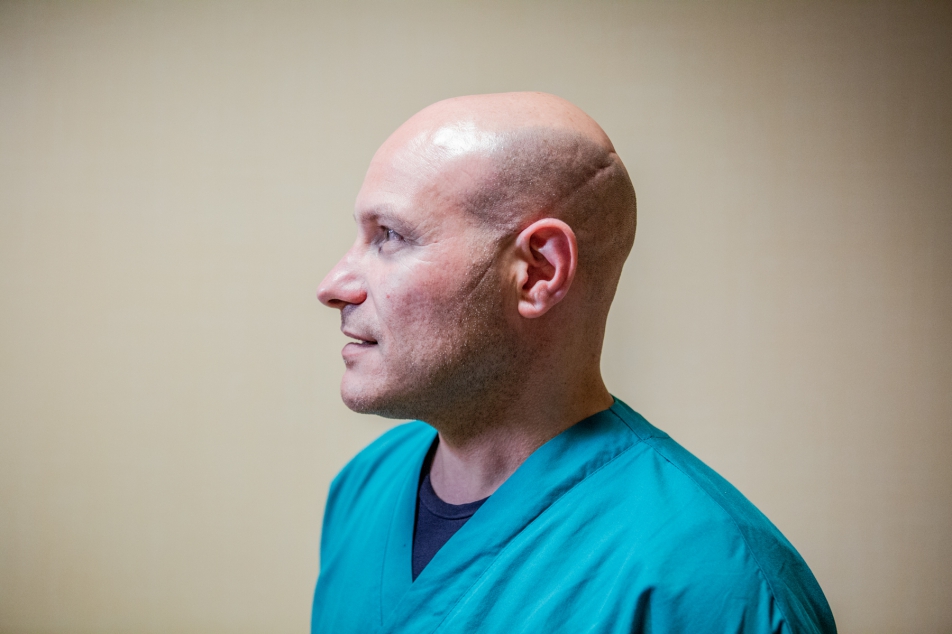 Alex Bremdilla, a nurse in an IC ward at the Giovanni XXIII Hospital in Bergamo. In the second half of March, Bergamo is the city most affected by Covid-19, with the highest per capita death toll in the world. Its main hospital, the Giovanni XXIII, risks collapse on account of the enormous number of patients.

High safety standards have enabled ICR Cosmetics in Lodi not to record any cases of Covid-19 among its employees, despite the fact that the company's headquarters are located in one of the areas of Italy most affected by the pandemic. 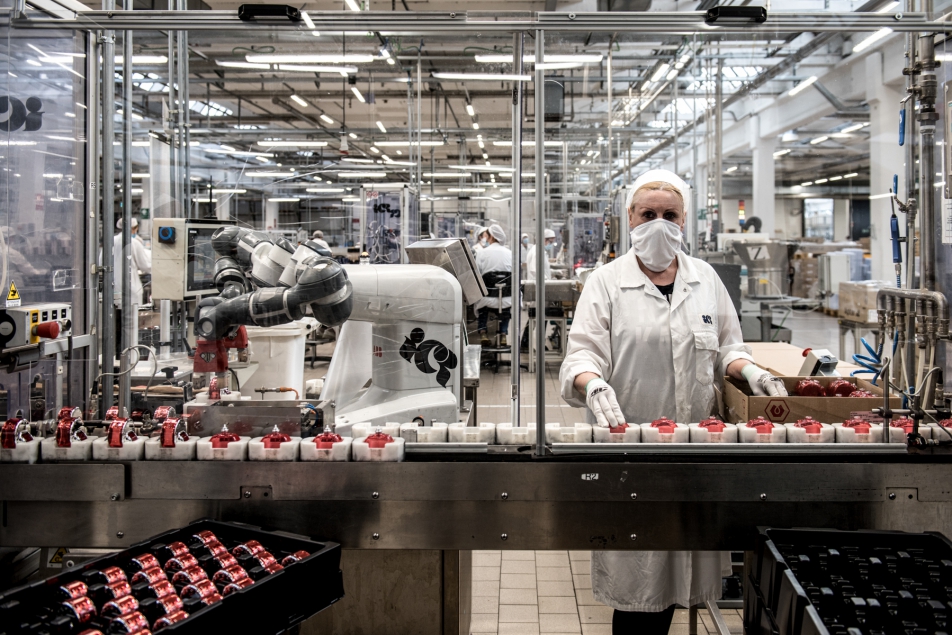 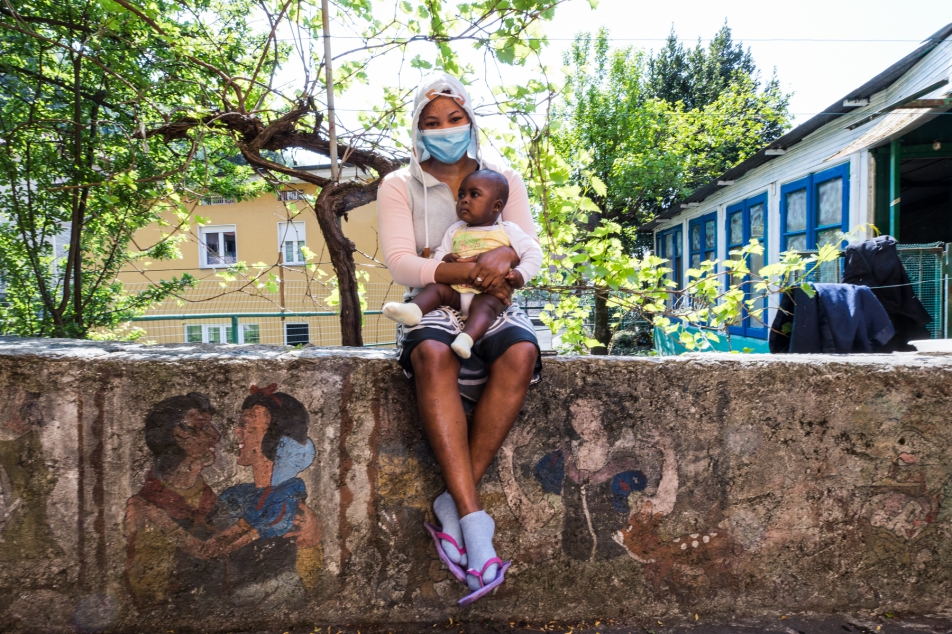 Omoje, aged 26, shares an apartment with 28-year-old Motunrajo in Olginate, near Milan, and helps take care of her 6-month-old daughter Priscilla. Both women are from Nigeria and have applied for asylum in Italy after having reached the country via Libya.

Genoa. A doctor in complete PPE on board the MV Splendid, which has been converted into a Covid-19 hospital. 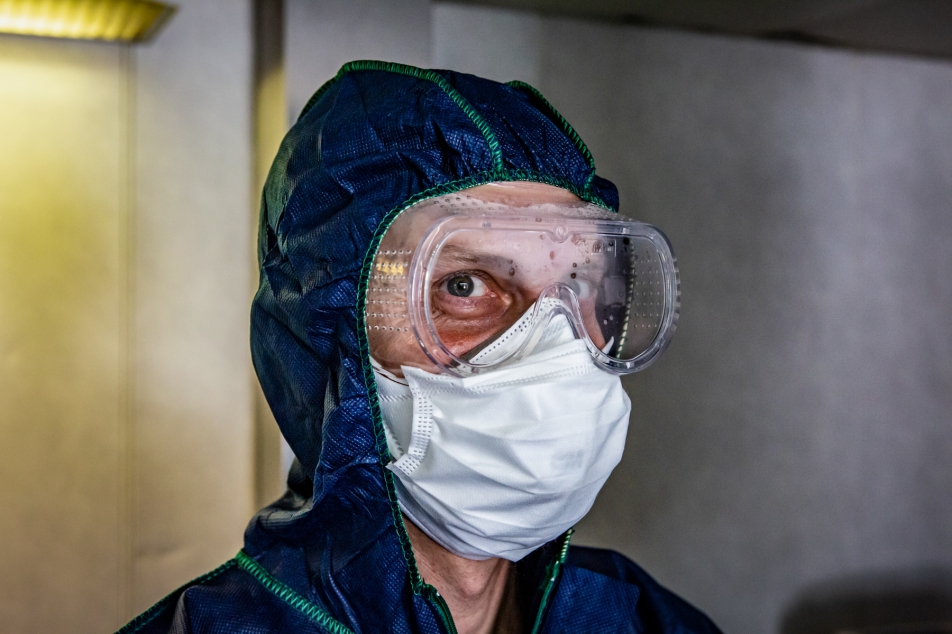 Poet Francesca Genti has a small publishing house in Milan and hand binds the books that she publishes. During the lockdown she has finished binding a backlog of books.

Nothing has changed since the lockdown began for Giuseppe, who works as a garbage man in Positano (near Salerno). After a cup of coffee, he climbs almost ten thousand steps to ensure door-to-door collection of waste in the “vertical city”. 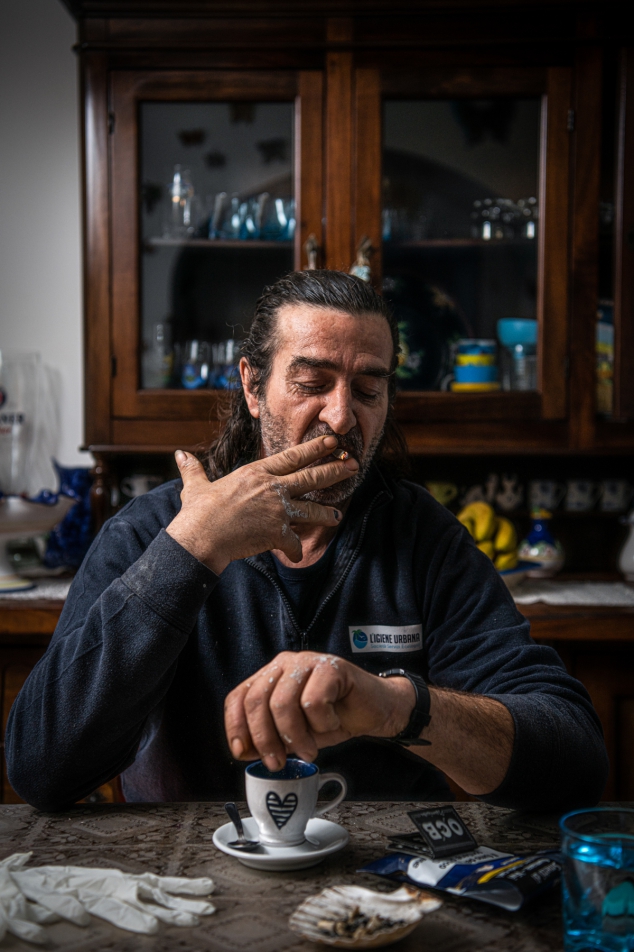 An employee at the Gelmetti fishmongers in Milan during the lockdown. 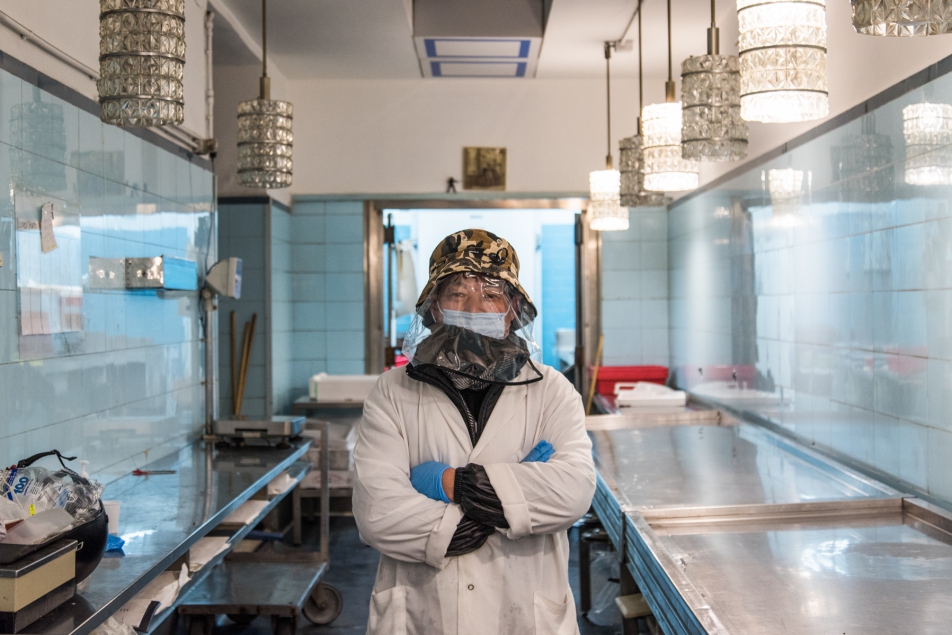 Patrizia Moroso is the artistic director of Moroso, a furniture company that was founded in the Friuli region in 1952 and which is now recognised throughout the world. It is one of the many Italian companies that have suffered on account of the lockdown. 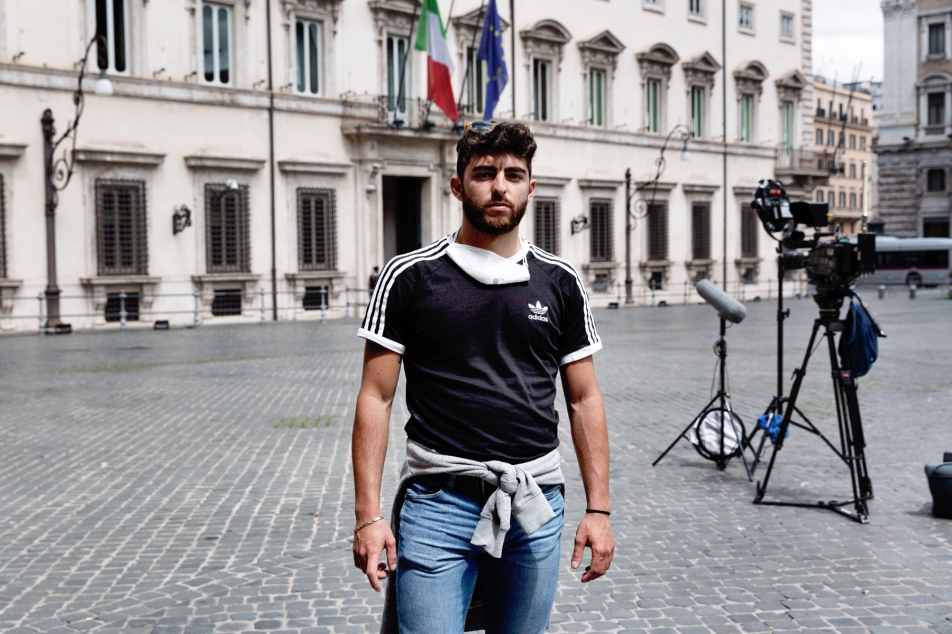 Every morning Luca leaves the outskirts of Rome, where he lives, to reach the centre. He is a cameraman with the national TV network RAI, and every day he takes care of the live broadcasts from Palazzo Chigi, the Prime Minister’s office.

Vedeseta mayor Luca Locatelli in the council offices. Vedeseta, near Bergamo, is one of the so-called “zero Covid” villages, where not a single case of infection has been recorded. 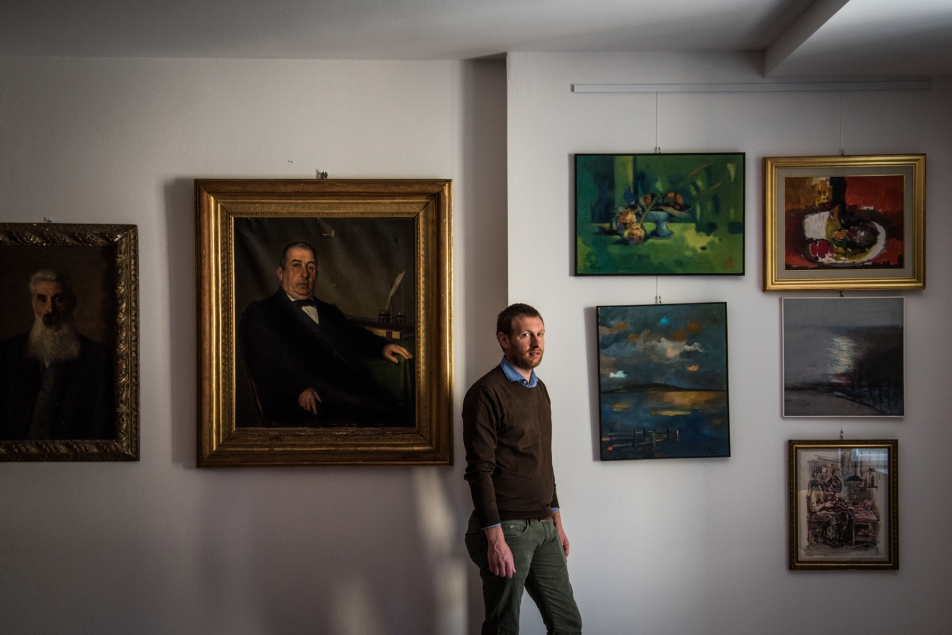 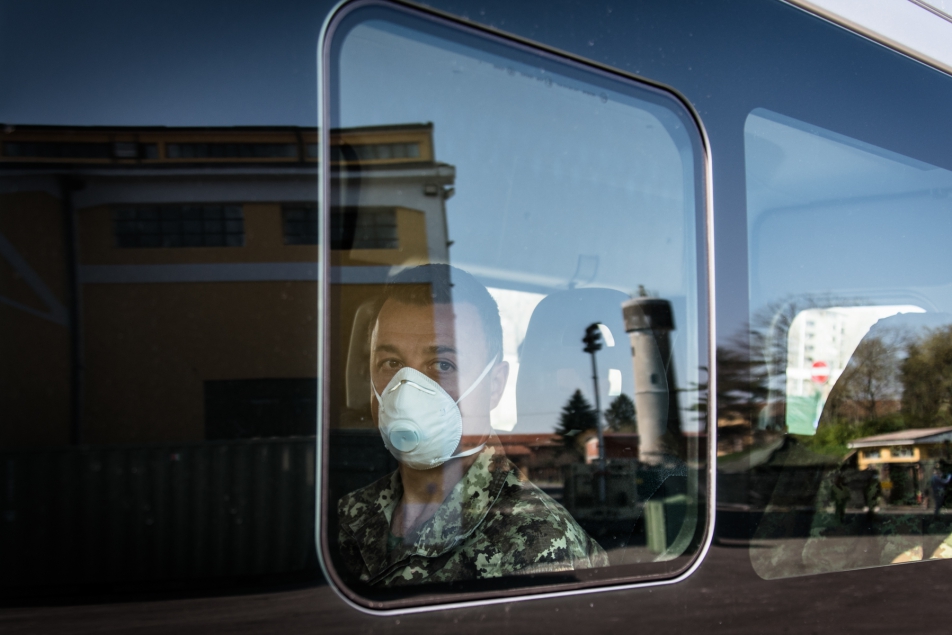 Piacenza. In the field hospital built by the Italian Army.

Genoa. Nurse Giulia Bellantonio, who has just finished her shift in the high-infection risk patient ward on board the MV Splendid, which has been converted into a Covid-19 hospital. 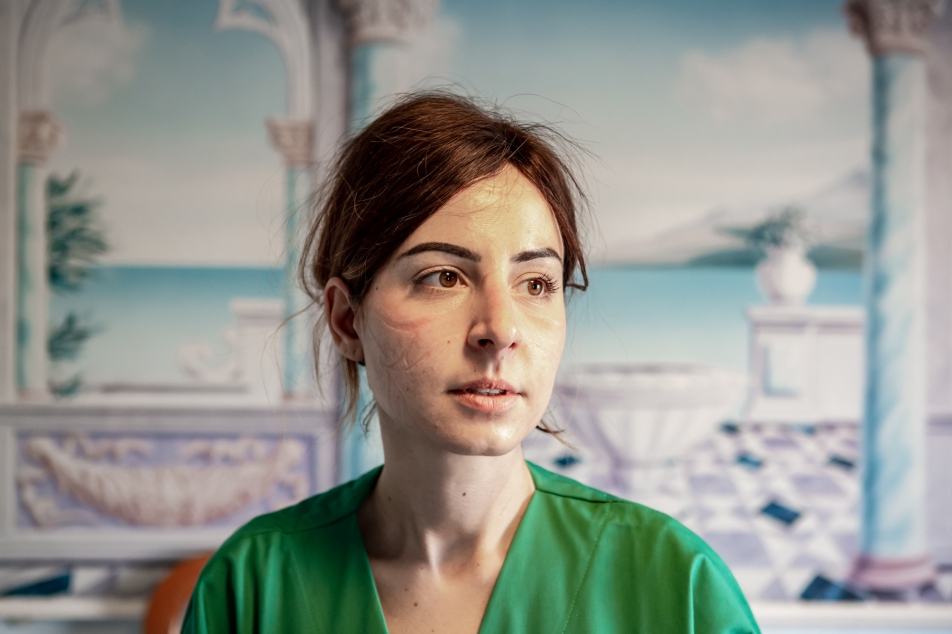 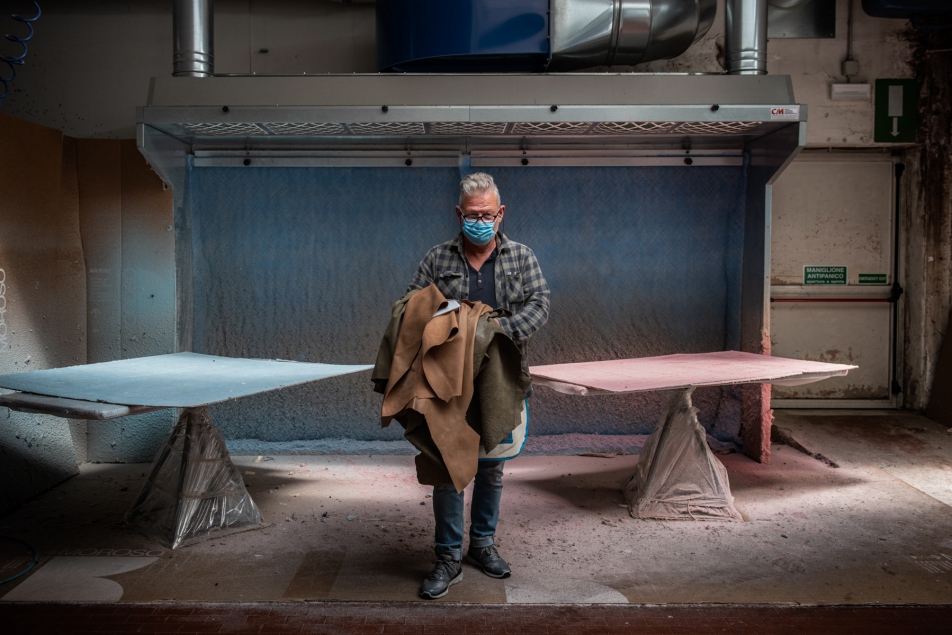 Work resumes at Moroso Divani in Udine after an upgrade to the safety measures at the factory.

Contract teacher Noemi Ventura has been unable to work or earn a salary since the beginning of the lockdown and the closure of the schools. Noemi lives in Milan with another contract teacher, Elsa Radaelli, in an apartment provided by the Progetto Arca foundation, which also supplies them with food parcels. 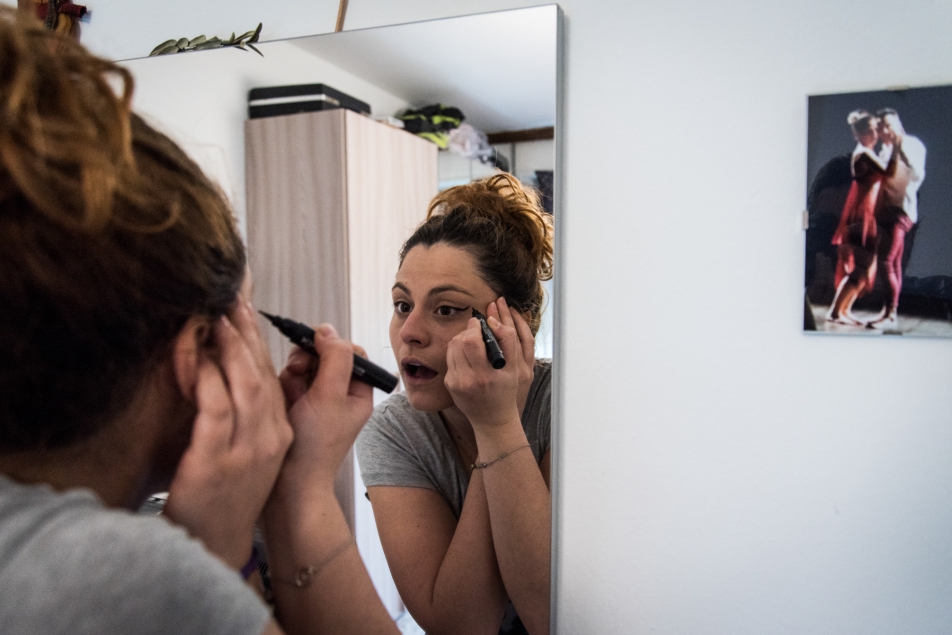 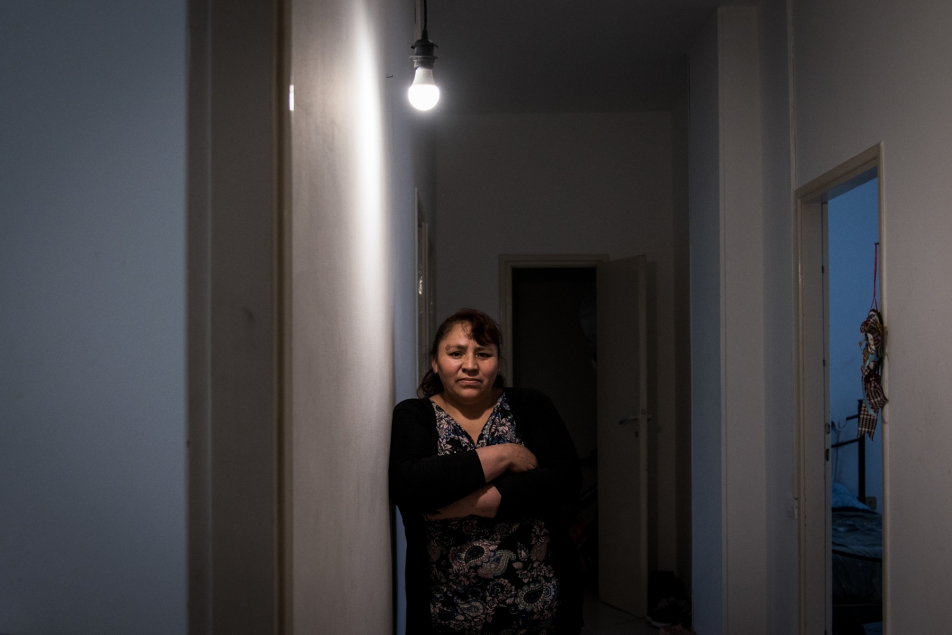 Cinisello Balsamo (near Milan). Irene Barrientos in her home which she shares with her husband and four children. The apartment was provided by the Progetto Arca foundation. Both parents lost their jobs because of the Coronavirus, and for this reason they regularly receive food parcels.

Stefano Costa, a GP in Settimo Torinese, in personal protective equipment before receiving patients in his surgery. GPs are the health workers who have been worst affected by Covid-19. They were often unable to obtain PPE. 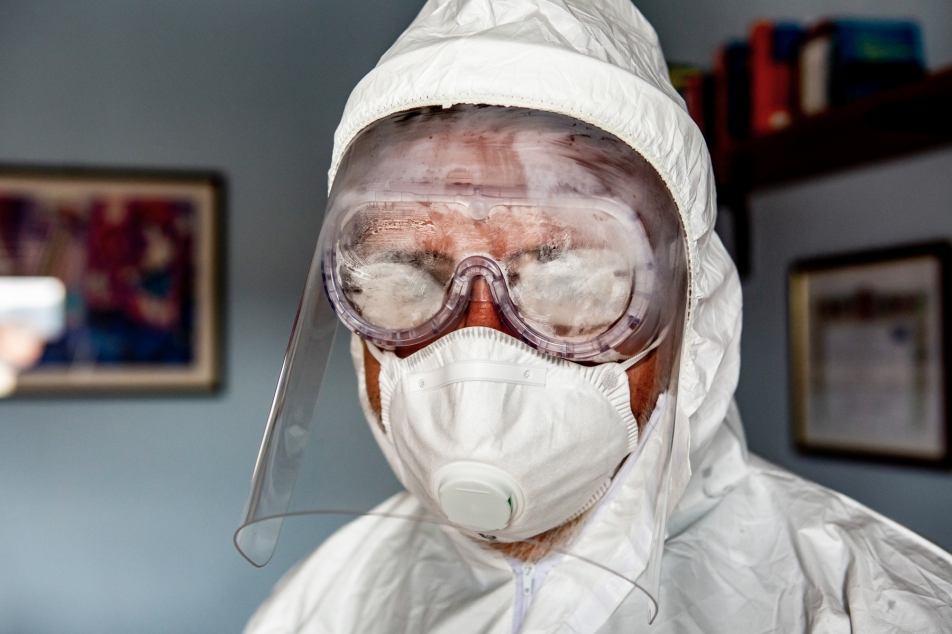