Coronavirus, the commitment of everyday heroes 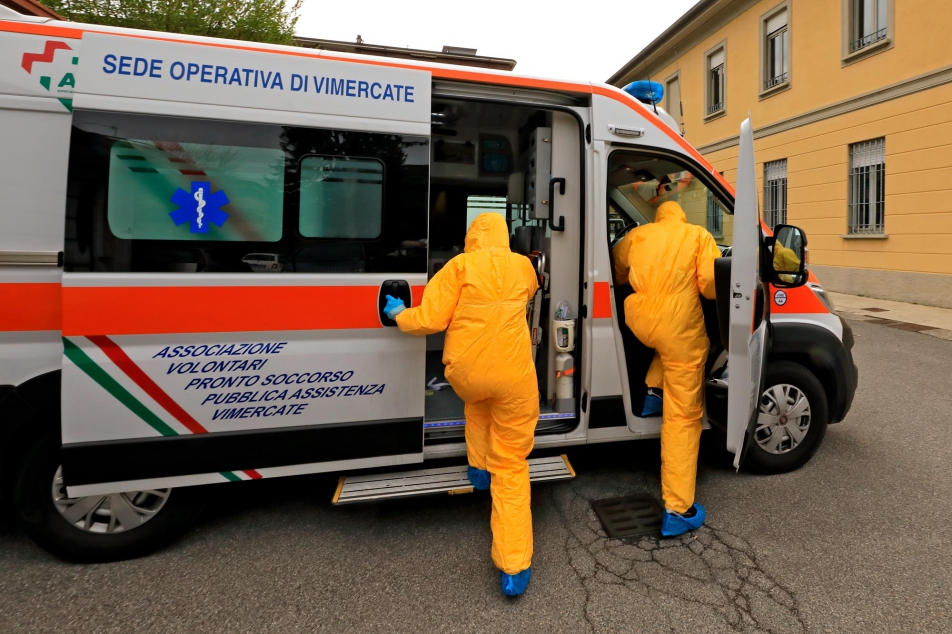 Commitment is a difficult thing. Because it's heroism’s normality. It is its silence. And then it's many things brought together: courage, tenacity, passion. Mother Teresa said “it is not how much you do, but how much love you put in the doing.” That's what commitment is. It includes the struggle of life, and therefore also the defeats, like in the black and white photograph of Elena Pagliarini, a nurse at the Maggiore di Cremona Hospital who fell asleep by her computer after 20 hours of rushing from one patient to another past the wheeled stretchers crowded into the corridor of A&E. Francesca Mangiatordi, the doctor who immortalised her in that shot, explained how much she wanted to hug her when she saw her like that. But she didn't want to wake her up, so she took that photo. Elena became ill with Covid. She subsequently recovered and when President Mattarella nominated her for the Italian equivalent of a damehood, she said: “We are not the heroes. The patients are.” Commitment doesn't crave an audience, applause, or some sort of soundtrack. It doesn't last for just one day, nor is it measured by the magnitude of a gesture. It's there every single day and it will be for every day that's still to come, and sometimes it's still not enough.
During the most brutal period of the Covid crisis Barbara, a gynaecologist from Codogno, put every ounce of commitment she had into saving her mother who was ill with the disease. She tried to nurse her at home, she slept next to her. But when her condition worsened and she became seriously ill, she had no choice but to take her to hospital. But that was the last time she saw her. And after her mother died she found out from the only nurse that was able to enter her room, who told her that her mother had continued to repeat the same word, but that she wasn't sure if she had properly understood because by the end she was gasping for breath and struggling more and more. She asked her whether it might have been someone's name, it probably was, that's what she was saying, because she kept repeating ba-ba-ba, the nurse explained. Barbara. She was calling her. As her mother slipped away, she was asking for her. It was her last wish. But she died alone. And then the funeral directors arrived to collect the body and they asked her which cemetery she wanted her to be buried in. That's all, nothing else. “We'll let you know when we've done everything and you can go and see her.” Commitment gives you nothing more than that which fate has already decided. But it makes you stronger. “Be the best of whatever you are,” Martin Luther King said.
The carabinieri marshal Ettore Cannabona, commander of the station at Altavilla Milicia near Palermo, donated his entire March salary to the town's citizens after seeing the weary looks of fear and hunger on their faces. He thought about it for less than two minutes. Then he went to the supermarket, bought food for everyone and then looked for an association to help distribute the food. He did something with love, as Mother Teresa said. And he didn't want anyone to know. But the town’s mayor, Pino Virga, wrote about it on Facebook: “It's through giving that a man is a Man. Through the sharing of other people's difficulties, humanity demonstrates the ability to recover from tragedy and, above all, to deserve to do so. Thank you Ettore. On behalf of us all. Don't hold this post against me. A warm embrace. “All the words in the world can never make as much noise as the silence that marshal Cannabona gave the other people, nor can they express the difficulties and courage of all those who stayed at home and that helped others, all the nurses, doctors, police officers, postmen and women. Of all of us who did we had to do in the way it had to be done. “If a man is called to be a street sweeper,” said Martin Luther King, “he should sweep streets even as Michelangelo painted or Shakespeare wrote poetry. He should sweep streets so well that all the hosts of heaven and earth will pause to say, here lived a great street sweeper who did his job well.” Simply this. He did the right thing. But you need to be able to do it.